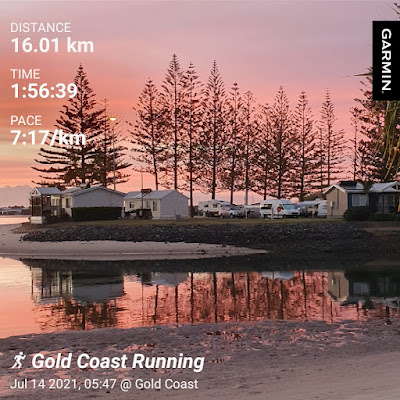 So... it seems I fell off the blogging wagon after the cancellation of the Gold Coast Marathon. I'll do a quick update about the last three months and will try to blog a bit more often again from now on.

In July I kept on training for the Sunshine Coast Marathon. Captured some beautiful sunrises and had a 15k run where I didn't start to feel good until I had done 11k. Never thought I would ever say that! 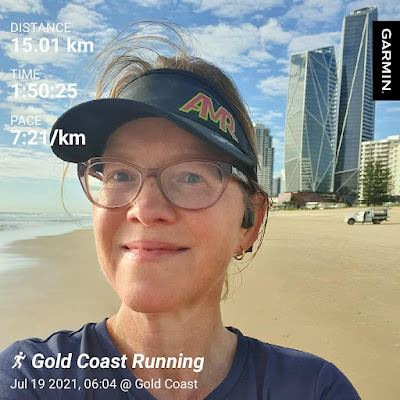 On July 24th I managed to get the E for the parkrun alphabet at the launch of Ecco Ripley parkrun in Ipswich! I was lucky - the night before I was looking at the map on the parkrun website to try and decide where I would go the next day, and discovered that there was a new parkrun starting. I'd never been at a launch before - I know they like to keep them quiet, but thought that if it was on the website surely I could go? 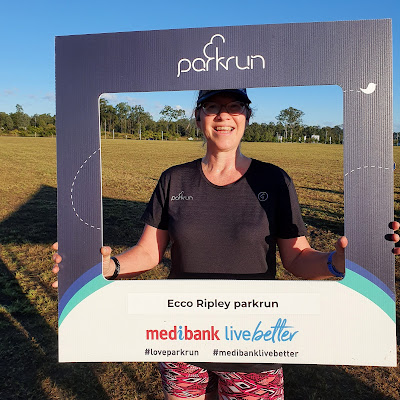 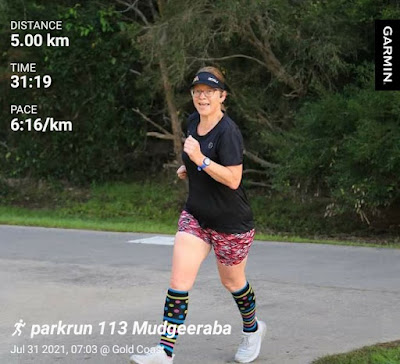 A week later, on July 31st, South East Queensland went in lockdown again - thankfully at 4pm, so after parkrun! I ran at Mudgeeraba, where they had a colourful socks theme. 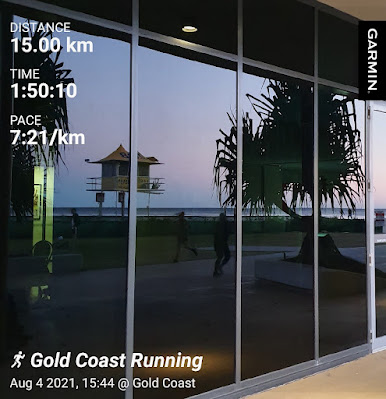 On August 4th I did my last long(ish) run before the Sunshine Coast Marathon, which was supposed to be on August 15th - but as we all feared (and expected), later that day it was announced that it would be postponed until October. After thinking about it for a few days I decided to not continue to train for a marathon, but to transfer my entry to next year. By this time I had several niggles going on and I didn't think it would be a good idea to continue to run long distances for another two months. 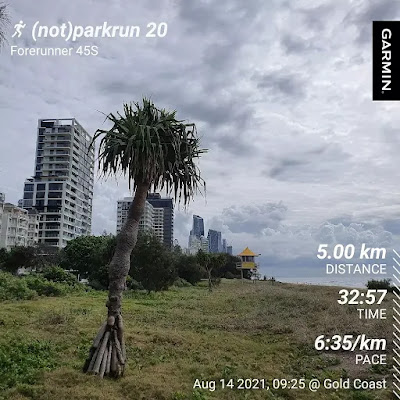 It was a relief to just do short runs - including a few (not)parkruns when parkrun was put on hold again here in SE Queensland. I started a new program with Trenara, aiming for a fast 5k time, so for the first time in months did short, fast intervals and fast tempo runs again. That, in combination with starting an Open University history course and suddenly spending a lot of time sitting on a hard chair, led to a hamstring tendinopathy, which is literally a pain in the behind! 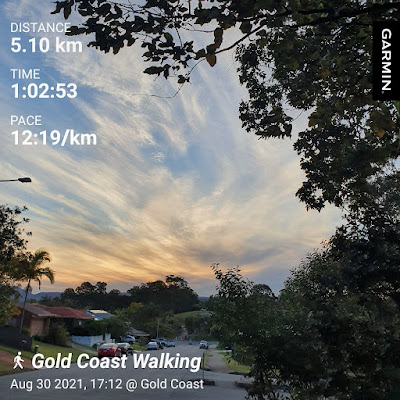 I've been struggling with this very annoying injury for the last six weeks. Thankfully walking is not a problem, so I've done that a lot, including some parkwalks! One of them was at Kirra, on my birthday - I walked with Mandy, while hubby gave everything he had to finally get that sub-20 parkrun. 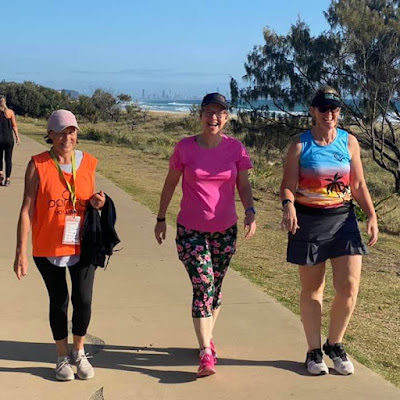 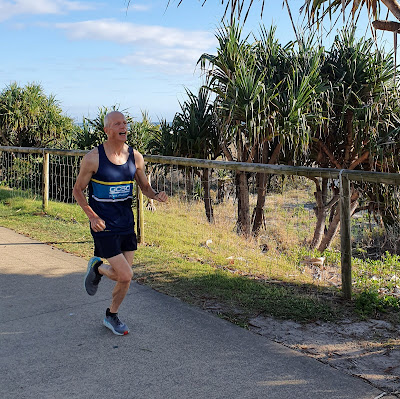 The next day he and I drove to Binna Burra with our youngest son to hike the Ships Stern circuit. It was gorgeous! 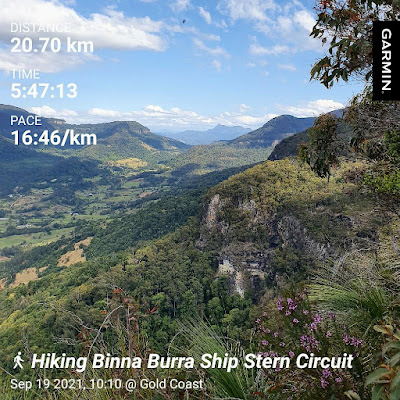 My legs were very sore the next day, but it was worth it! 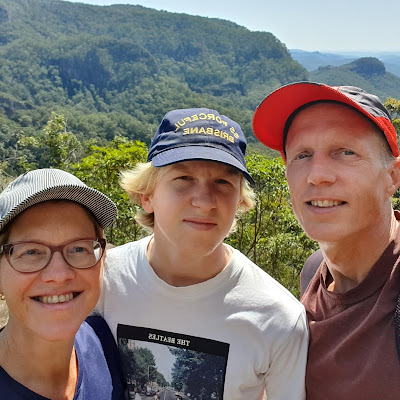 The next week at parkrun  I was allowed (by the physio) to do 5 x 1 minute running and managed a sub-50 5k, hurray! Eldest son did not have gymnastics training, so he was able to come with us to Main Beach, that was nice. 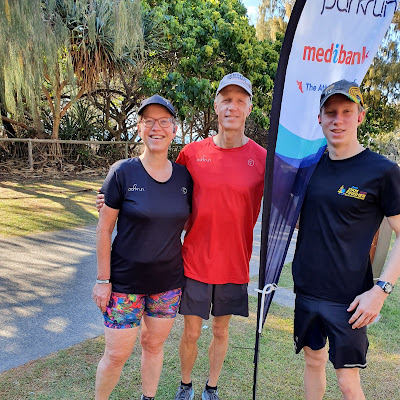 That was two weeks ago and since then I have been able to very slowly increase my amount of running. This morning I ran Paradise Point parkrun with Mandy - my 120th parkrun! We did 1 minute running/1 minute walking and finished in 36:06, which is actually faster than my very first parkrun at Curl Curl in 2017! (36:10) 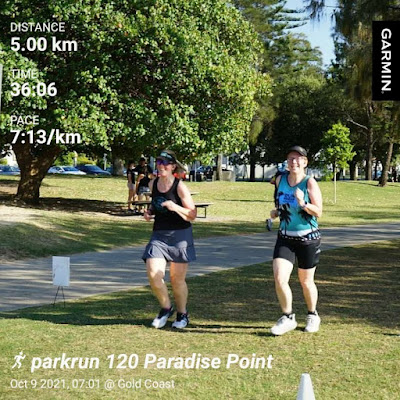 Tomorrow is the Toohey Trail Run in Brisbane. Hubby and eldest son are running the 10k and I couldn't resist signing up for the 5k. I'll take it very easy, walk the uphill parts - but it's been so long since the last event (well... four months) and it was so much fun in 2019!