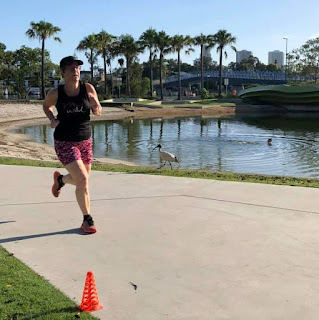 After my 100th parkrun on the first Saturday in March, I did my 101st a week later, also at my home parkrun Surfers Paradise, in 33:37. The two weeks after that I was run director, so no more parkruns for me in March. 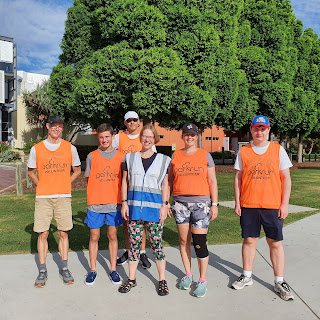 I continued to do my regular three runs per week - one interval session, one tempo run and one slow run. The longest distance I ran in March was 8 km, on three occasions. The one I did on March 21st, from Broadbeach to Surfers Paradise and back, was a particularly nice one. 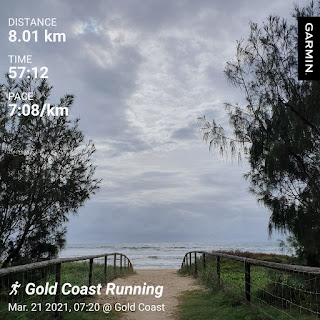 One of those rare runs where you just seem to float along effortlessly... If only they could all be like that! (but would you enjoy them as much in that case?)
My total running distance for March was 81.2 km.